The first season of our flagship project 'I, Elvis Riboldi' is nominated as finalist for 'Best Iberoamerican Animated TV Series' at the Quirino Awards. The ceremony will be hold in Tenerife on 29th May 2021.

"Elvis Rabalder" in NRK in Norway!

The Norwegian public broadcaster has released this month the series through their channel NRK Super as well as their online on-demand platform. In Norwegian version, Elvis surname 'Riboldi' is renamed as 'Rabalder' which means 'chaos'.

The series will also be accessible on-demand through HBO platform starting in March.

The Catalan public broadcaster TVC has started the release of the series in their children channel Super3, as well as on demand service through their app, their website and HBBTV technology ('red button').

The Finnish public broadcaster has released the series through their channel YLE2 as well as their online on-demand platform Areena. It is also available in Swedish in the same channel and the platform Arenan.

The French cable operator starts broadcasting the series through Canal+ Family and TéléToon in September! Don't miss it! And if you did, replay on demand at My Canal. 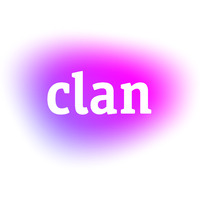 The Spanish public broadcaster RTVE has released the 7 animation series selected for coproduction in 2020. Among them, season 2 of our flagship project "I, Elvis Riboldi" for a new round of 52 episodes. Production is not expected to start until 2022.

The comedy series "I Elvis Riboldi" is on air in Cartoon Network Turkey and Africa feeds since May, while Turner Latin America broadcasts the first half season starting in June.

Italy has become the first territory in the world to broadcast first bunch of 13 episodes of the series 'I, Elvis Riboldi' through the service of pay-TV channel DeAKids, from DeAgostini Editore. Later on in Super!

The program Info-K from TVC visits our production!

The children news program Info-K from Catalan broadcaster Super3 has shown a small piece on how we are producing 'I Elvis Riboldi'.

We talk about Catalan animation at Diari Ara

The Catalan newspaper issues a report on the status of Catalan animation during current MIPTV 2019 edition. Iván Agenjo, producer at Peekaboo, is featured, and so is Elvis Riboldi!